*0 There are several theories about the difference between rice curry and curry rice (the standard English should be curry and rice or curried rice). One theory says that rice curry is a dish where the rice and the curry are served on a single dish, whereas with curry rice, the curry and the rice are served separately. However, Master serves his rice curry in a single dish.
*1 Ton-teki is a speciality of Yokkaichi City, Mie prefecture. (I didn't know that.) Master's version is dissimilar, though, as explained in the comic book.
Images of Yokkaichi Tonteki
*2 Almost all fish sold and served as shishamo are actually capelin, as explained in the book.
*3 The term niku man is used in Kanto (Eastern Japan), whereas in Kansai (Western Japan), it's called buta man, reflecting the fact that in Kanto, the default meat (niku in Japanese) is pork, whereas in Kansai, it is beef. Buta means pig.
*4 Chikara means power. One theory says that the dish is so called because the two sources of carbohydrate give you power. Another says that it's just a pun: chikara mochi = powerful person, and mochi (< motsu = to have) means someone having something, and it also means glutinous rice cake.
Images of chikara udon
*5 In the book, miso oden is explained as boiled piping hot konnyaku served with sweetened miso sauce. Miso oden can mean other dishes, however, like oden with miso-based broth.
Images of miso oden 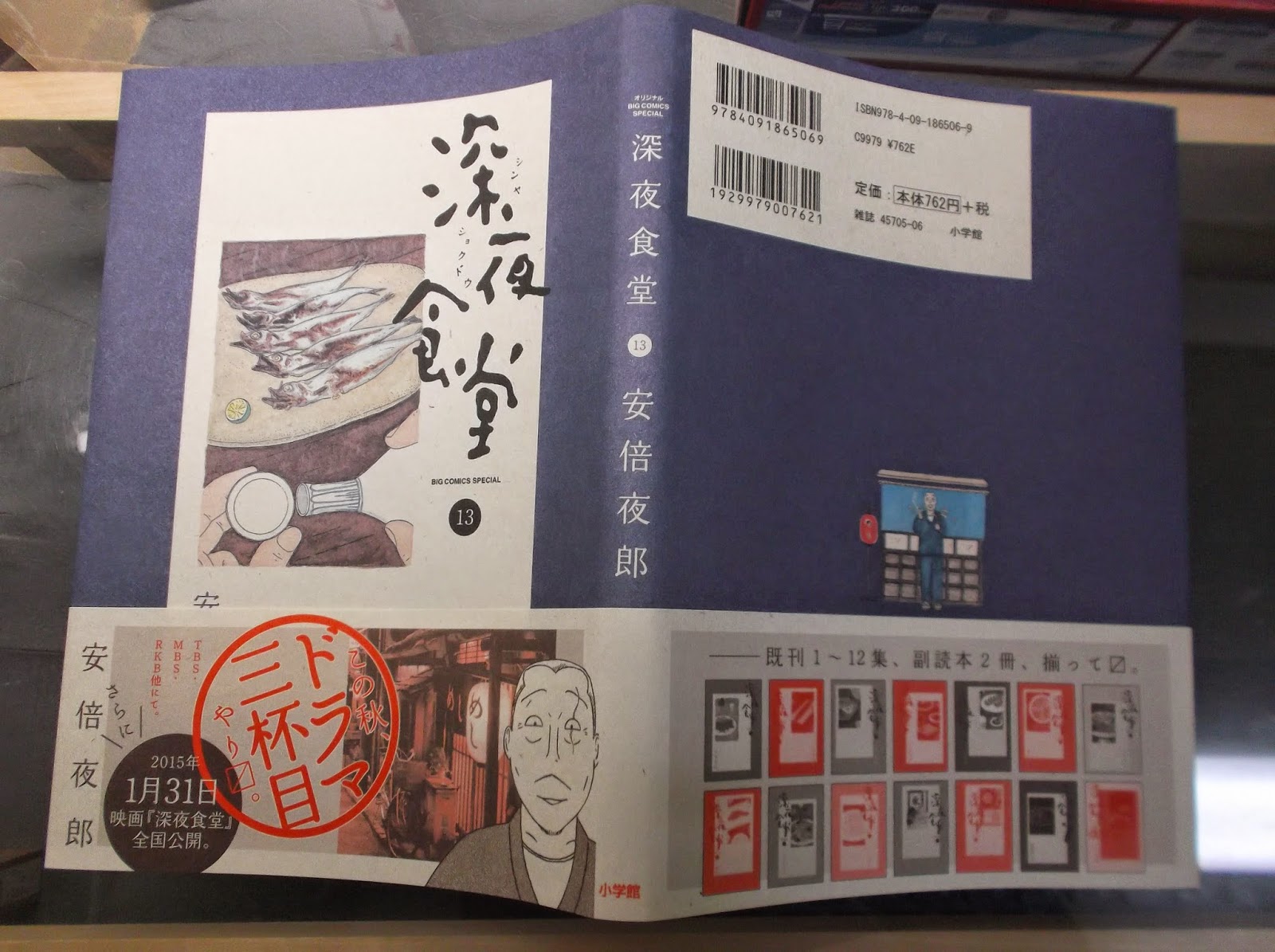 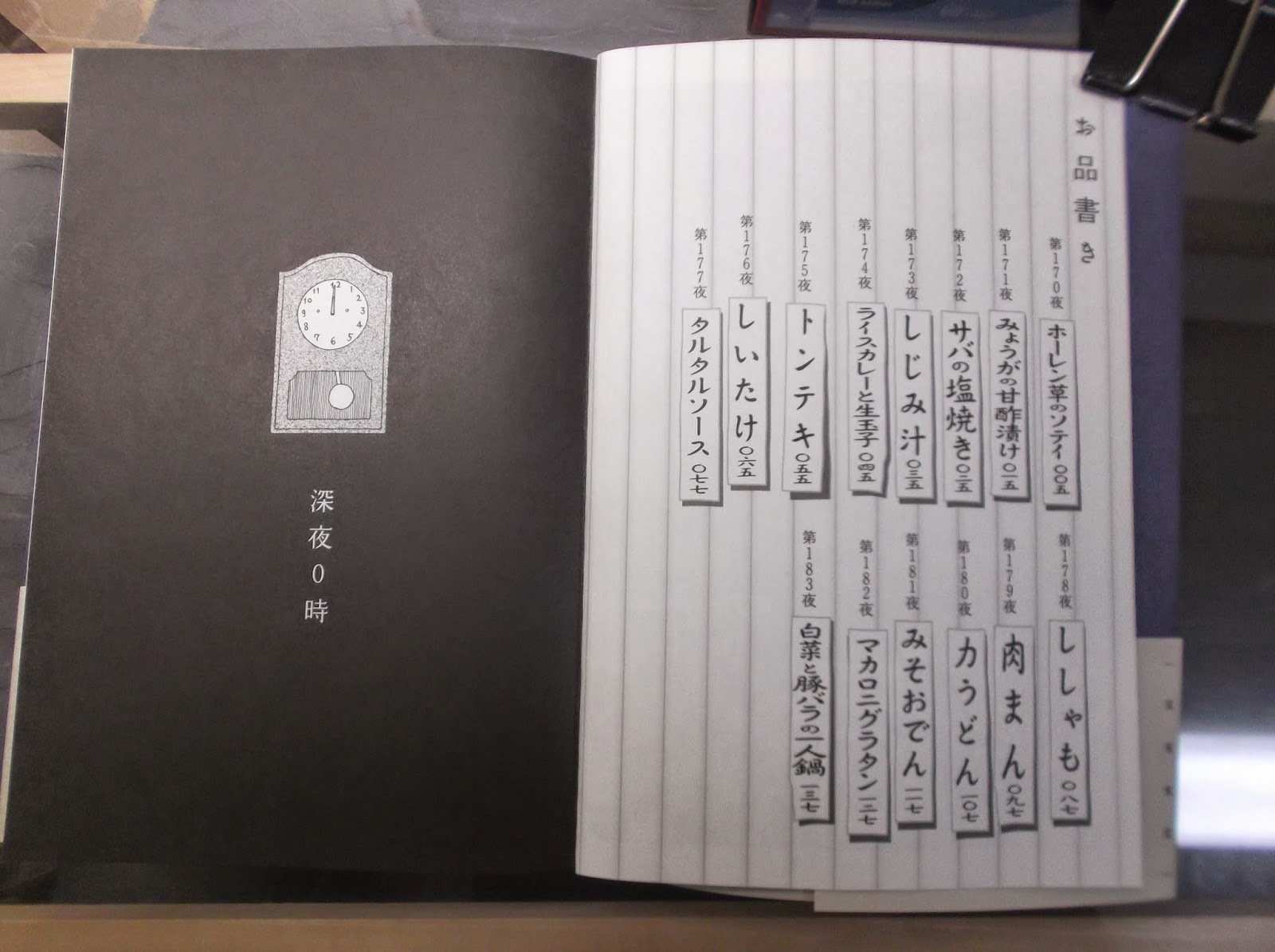 I can learn some Japanese from it. But you have different words and meanings in Eastern and Western Japan ? Difficult situation.

seeandoh: Besides great differences between Eastern and Western Japan, there are also regional differences, just like in any other country.